Ace your NBTs with our NBT Prep! Learn more

A premier South African education company operating mostly out of Durban. We're a small team of passionate & driven individuals with the combined goal of making a difference in the South African education space. We have a simple dream: to provide students with the best South African high school educators, resources and technology, giving them the educational support they need to thrive. Top quality content and educational support, delivered in a way that makes sense, to students! We specialise in blended and online learning, with a special focus on Maths & NBTs. It has been quite a journey getting to where we are today, and we're not done yet! Watch this space. Read more about our team here. 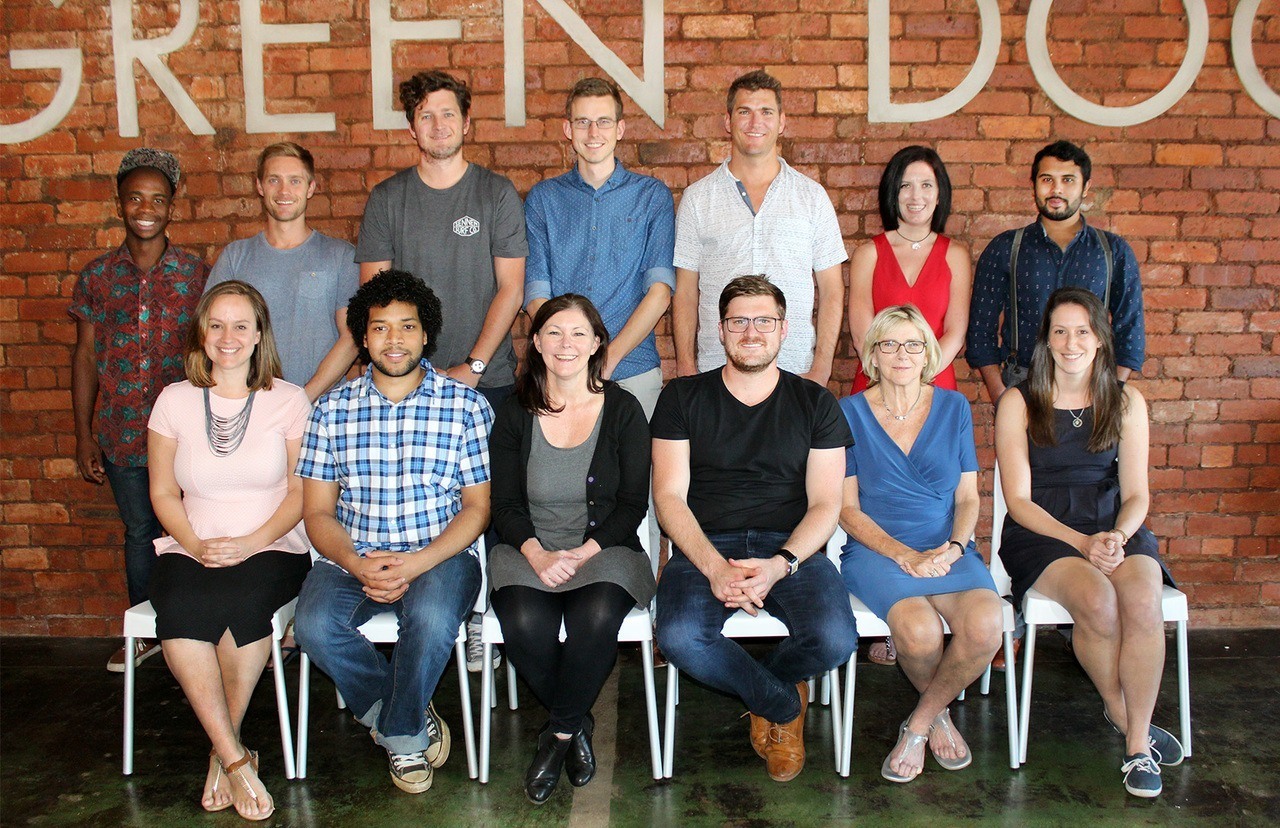 Chapter 1: How It All Began (AP Maths)

Advantage Learning Technologies (Pty) Ltd – known mostly as Advantage Learn – was founded by Trish Pike and her two sons, James Lees and Crispian Lees in late 2012. A combined passion for education, technology and innovation, this dynamic family trio made a dream become reality.

Trish had spent her career teaching Maths at some of South Africa’s top high schools. With her passion lying very much with having a positive impact on students lives, she wanted to do more. Cris and James being passionate about education, social impact & technology, combined forces with Trish to help her do just that. And so, Advantage Learn was born.

The first step lay in Advanced Programme Maths (AP Maths).
After noticing a need for an outsourced, effective solution for high schools to offer AP Maths to their students, our first focus was on doing just that. We founded three centres, two in KwaZulu-Natal and one in Gauteng over the 2013 and 2014 period.

Our AP Maths centres serve anyone who would like to study the IEB (Independent Examinations Board) AP Maths Certificate. It is a three-year programme that culminates in the writing of the IEB AP Maths certificate at the end of the Grade 12 year.

Currently, our AP Maths offering has over 350 students across the three centres, and counting. We are really proud of this first step in our story, and still passionate believers in the power and impact of AP Maths. You can read more about AP Maths here.

At the same time as the AP Maths centres were growing in force, Trish noticed a growing need to help students prepare to write their ever important National Benchmarking Tests (NBTs).

In a similar vein to the SATs, the NBTs serve as a placement and selection criteria for many South African universities. Introduced in 2008, this relatively new assessment with potentially very high importance was causing many students a huge amount of stress.

And so the NBT Preparation Course was born. We are really proud that we were the first to offer NBT help to students, we’ve been doing so since 2013! We’re NBT experts and we know it 🙂

Realising that we could never reach as many students as we needed to with our in-person courses, we committed ourselves to creating the same course in an online format. We knew we needed to, we believed we could, and so we had our very first reason to REALLY get into online learning!

Going into 2014 our in-person courses were well established and growing in popularity. However, we wanted to reach even more students, and to do this quickly.

We soon discovered this was no easy (or cheap!) task. As luck would have it Chris Muller joined the team in February 2014 and was pivotal in kick-starting our blended learning journey. In March 2014 we launched our first e-Learning portal called Addazi (Addazi.com) in order to offer online and blended education courses to high school students.

Addazi was powered by Moodle (open-source e-learning software) and included Advantage Learn’s 2 flagship courses, AP Maths and NBT Preparation, and enabled the delivery of e-Learning solutions to our customers with measurable success.

At the close of 2014, we were able to reflect on achieving step 1 of our digital journey. Both our AP Maths & NBT Preparation courses had an online component and students could access learning material anytime and anywhere, Blended Learning – ‘tick’.

After many discussions and failed attempts with external providers, time was running out and we were getting frustrated. Our timelines were about to be pushed out, and then we attended a tech conference in Cape Town called Scale Conf in March 2015. It was at Scale Conf that we stumbled across an e-Commerce/e-Learning solution powered by WordPress (an open-source content management solution).

Within 3 weeks we had launched a fully fledged e-Commerce & e-Learning solution called AdvantageLearn.com (v1.0) and made our first online sale for an online course shortly after.

This was a game changer, our customers could purchase a course on AdvantageLearn.com and start learning right away in the same place! Our customers loved it so much we launched an updated version only 8 months later (v2.0). Our journey with blended learning was well underway and we were able to finish 2015 as a fully-fledged blended learning provider.

Towards the end of 2015, we decided to participate in an entrepreneurship competition. Truth be told, we were a little nervous to get involved due to the fact that we knew the effort needed to take part in the competition would be large and, with an already stretched, lean and mean team, it might come at a cost on productivity. You see, we were experiencing exponential year on year growth at rates of over 100%, and this meant that we were just trying to hold onto the horse never mind grab the reigns. Also, we are a company that doesn’t actively chase the limelight, our mission is a simple and humble one; help as many high school students (and parents) by giving them access to the highest quality educators and materials at a reasonable cost. And so, we would much rather let our work do the talking.

We had a look at what the competition would entail and there was one key input, a business plan! Up until this point, we had been following lean startup methodologies and philosophies and this included doing a business model canvas which was our ‘business plan’ for the time.
However, the Shark Tank competition required so much more than just a business model canvas. And the business plan was, to be honest, the reason we eventually decided to dive right in and give the competition our full effort. We realised that a solid 3-year business plan would be hugely helpful and a great point of reference for us as an organisation. On top of this, the valuable experience of having it vetted by some of the best business minds and organisations was an incredible opportunity and one we are very grateful for.

So off we went, all in, and we made it through the first and second rounds, eventually being shortlisted into the top 10 businesses in the competition. The final round was a typical Shark Tank / Dragon’s den competition where James Lees was chosen by the Advantage Learn team to pitch to the judges.

The pitch day was a difficult one, some stiff competition and a tough panel! Never the less we were recognised as the winners!

This was said by the lead judge, Terry Rosenberg:
““We thought you had a very well thought-out case, and the fact that you’re in the market and that it’s been proven already is a good sign. You’ve also got a good three-year vision,”

Following the win, we received some great press including our most cherished, a feature on Venture Burn, one of the most well recognised digital publishers of African startup information and stories. Booyah!
If you would like to read more here are some links to some of the press we received:

May 2017 we released our largest amount of content in the form of Maths Online. 180+ hours of pure maths teaching of the grade 10-12 curriculum. We launched with half of the content produced and are carrying on to produce more and more to make sure the whole of Grade 10-12 is covered before exams in 2017.

Nurturing and growing an organisation is hard, we know this first hand. We searched and searched for a partner to help us on our journey yet shared our values. We were very grateful to find that partner in Raizcorp, Africa’s largest incubator. We joined their Partner Elite in April 2019 with the shared vision and mission to make further impact on education across Africa and the globe.

In late 2019 we completed the full mathematics curriculum from Grade 8 to Grade 12 ( And AP Mathematics Grade 10 to 12). This was a massive milestone for us and it comprises of over 2000+ maths teaching videos, live teacher support and practice questions.